The Super-Moulds consortium consists of partners from Denmark and Switzerland and includes universities, research organisations, small and medium-sized enterprises and industry partners specialised in various aspects of surface treatment, coatings and polymer materials for injection moulding.

The Super-Moulds is partly funded by the Innovation Fund Denmark (IFD) under File No. 6151-00004B and Innosuisse – Swiss Innovation Agency, under the umbrella of the EUREKA programme.

The Danish Plastics Federation is a trade association for plastics converting companies in Denmark and their suppliers. With around 250 members DPF represent around 70 percent of the turnover in the Danish plastics industry.

The Tribology Centre at Danish Technological Institute has many years of experience with surface coatings and develops the project coatings.

When a coating is applied to a mould for plastic injection, the chemistry and the mechanical properties of the surface are altered. The coating thereby improves the slip properties and increases the mould lifetime.

DTI has extensive experience with coating development, and in the present project, an optimised coating with improved slip properties is being developed. The coating optimisation is based on an iterative process involving production of different coating types, characterisation of those and test moulding at iRAP. During this process, hypotheses of which coating parameters are the most important for optimisation will be tested. It is the aim to develop a coating which is optimised to the test geometry and selected polymer(s) employed in the project.

Moreover, it is the aim to establish a more general understanding of how to choose the right coating for a given combination of polymer and mould geometry.

Danish Fundamental Metrology is a scientific research institute developing new knowledge with focus on measurement techniques and standards supporting the need for accurate measurements for industry and authorities. DFM is highly interested in bridging the gap between fundamental metrology and real industrial applications through participation in research projects in close collaboration with industry and universities.

DFM contributes to the Super Mould project with state-of-the-art surface characterization of roughness, texturing, etc.These activities plays a crucial role in the development of optimal surface texturing and coatings.

DFM will also host a training seminar educating all partners in the field of roughness quantification.

DFM has a mission to develop and disseminate measurement knowledge at an international level focusing on Danish interests. The present project offers a perfect platform for fulfilling this mission. Expected outcome: New commercial services on surface characterization of industrial 3D components. Access to case studies on surface characterization of industrial components, which can be used as teaching material and pave the ground for new commercial activities.

DuPont provides materials and polymers knowledge to the partners of the Super-Moulds consortium.

The DuPont Logo is a trademarks of DuPont de Nemours, Inc., or its affiliates.

Georg Fischer Machining Solutions is a leading provider to the tool and mould making industry as well as for manufacturers of precision components. The core businesses are EDM, Milling, Laser, tooling, automation and customer services.

GFMS provides complete and dedicated machining solutions offering a wide range of services thanks to its multi-technology portfolio. GFMS represents a key stakeholder in terms of digital texturing of metallic surfaces and one of its main strategic objectives is to offer turn-key solutions to the expanding mould making segments for applications in ICT, Medical, Automotive, and Aerospace industries.

Gibo Plast A/S is a Danish company that designs and manufactures plastic products for a wide range of industries. The Company provides vacuum formed items for use in automobiles, refrigerators, cabinets, lighting, and healthcare.

As a partner in the Super-Moulds project Gibo Plast A/S is one of the end users who are to test and validate the technology in production.

The Institute of Applied Plastics Research (iRAP), is part of the School of Engineering and Architecture of Fribourg (HEIA-FR), Switzerland

The partners at iRap perform tests and model experiments with injection moulding. The iRap partners consists of:

Stefan Hengsberger (iRAP) is professor of Physics and Nanotechnology and the project responsible for the work performed at iRAP.

Pierre-Louis Sciboz (iRAP) holds a Master in Mechanical Engineering degree. He is a project Engineer and polymer injection specialist. Pierre is responsible for the injection tests of the divers surface-treated mould inserts.

Jean-Marie Dutoit (iRAP) is a Mechanical Engineer and the responsible of the lab infrastructure and the Engineer staff at iRAP. In the early stages of the Super-Moulds project he has initiated the divers injection tests and conceived divers test mould geometries.

As a partner in the Super-Moulds project Michael Lundbech A/S is one of the end users who are to test and validate the technology in production. 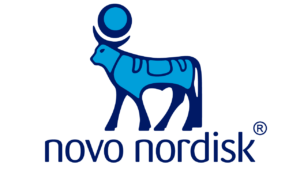 Novo Nordisk is a global healthcare company with more than 95 years of innovation and leadership in diabetes care. The company has a lot of experience and capabilities that enables them to help people defeat obesity, haemophilia, growth disorders and other serious chronic diseases.

Headquartered in Denmark, Novo Nordisk employs approximately 42,200 people in 80 countries, and markets its products in more than 170 countries.

Novo is one of the end users of the Super-Moulds project, who are to test, validate the technology in production and to quantify quality improvements by investegating the following characteristics:Component dimensions, surface quality, lowering the slip-stick condition and lowering the friction between the component and the tool due demoulding.

SP Moulding is the leading Danish manufacturer of injection-moulded plastic precision components for a wide range of industrial enterprises worldwide.

In addition to the actual moulding, which is carried out in modern production facilities, the technology area handles all finishing treatment such as ultrasound welding, surface treatment and compression.

As a partner in the Super-Moulds project SP Moulding is one of the end users who are to test and validate the technology in production.

The Danish company Winther Mould Technology is a highly specialized mould technology manufacturer. The company has a lot of experience in development of highly, productive, reliable precision moulds for the medico-industry.

As a partner in the Super-Moulds project Winther Mould Technology will use their expertise to produce the injection moulds.

The Super-Moulds is partly funded by the Innovation Fund Denmark (IFD) under File No. 6151-00004B and Innosuisse – Swiss Innovation Agency, under the umbrella of the EUREKA programme under EUREKA No. E!11229.